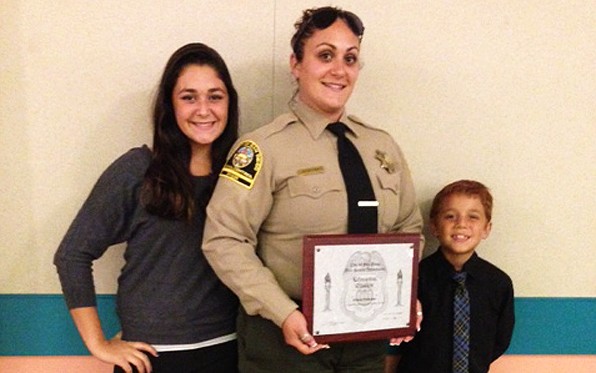 SAN DIEGO–Only two years with the department and already Animal Control Officer Melissa Prettyman has made a name for herself.

She jumped into the ocean to rescue a puppy back in June of 2012 and was honored for her quick action by the Board of Supervisors.

Six months later, she happened upon a fire in Southcrest. Prettyman called 9-1-1, alerted a family their garage was on fire, carried a five-year-old child out of the house then returned to the home to rescue an elderly pit bull dog, which she also carried out in her arms.

“Prettyman is like a magnet. She gets pulled into rescue situations all the time,” said Animal Services Director Dawn Danielson. “It’s amazing.”

Prettyman doesn’t really understand it herself.

“You know, it’s been following me ever since I was a teenager,” said Prettyman. “Situations always seem to find me.”

Prettyman has trained as an EMT and volunteered with fire stations. In addition to her County duties, she works part time as a veterinary technician at an animal emergency hospital. 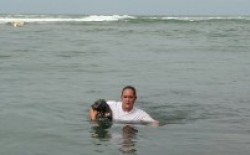 Animal Control Officer Melissa Prettyman rescued a poodle puppy from being washed out to sea in June, 2012.

Joniaux says that’s one of the reasons Prettyman is such a good animal control officer.

Her co-workers at the County shelter in Linda Vista tease her saying ‘all right, what is she going to do now.  They’re even saying she should wear a cape, as in a super hero cape.

The modest Prettyman takes it all in stride saying she’s always had a passion for animals and she likes to help people. Combine that with wanting to be part of the scene and always wanting to know what’s going on and you can see why Prettyman finds herself in these emergency situations.

In fact, did you hear how Prettyman recently stopped at a five car accident and impressed the local police with her actions on the scene? Stay tuned. Meantime, we might have to think about getting her that cape.