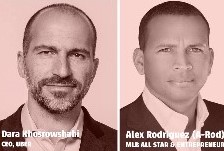 SAN DIEGO–A world-class slate of chief executives, entrepreneurs, celebrities, economists, educators, journalists, and policymakers will descend upon the Grand Hyatt in downtown San Diego from Sept. 8 to 11 to kick off L’ATTITUDE, a historic four-day business, media, and leadership event celebrating the unique impact of U.S. Latinos on the New Mainstream Economy.

L’ATTITUDE, the brainchild of former US West CEO Sol Trujillo and NAHREP co-founder and CEO Gary Acosta, features a packed slate of panel discussions, presentations, and interactive dialogue.  The inaugural festival, which is projected to draw 6,000 attendees, will focus on the extraordinary role America’s nearly 59 million Latinos play in driving U.S. population growth, entrepreneurship, income, and so much more.

Trujillo has amassed a plethora of data to prove that U.S Latinos are the primary drivers behind what he has labeled the New Mainstream Economy. By 2020, U.S. Latino purchasing power is expected to reach $1.7 trillion, and is currently growing 70% faster than Americans as a whole.

“We are at a truly historic juncture in American history,” says Trujillo. “Latinos are not only the youngest and fastest-growing demographic in the country – they’re also producing nearly $2.2 trillion in gross domestic product, which essentially makes them the seventh-largest economy in the world. Our data shows that U.S. Latinos generated nearly one-third of this country’s growth in real income since 2005 – at a rate that’s faster than any other ethnic group – and what’s more, they’re starting businesses at a rate 10 times higher than the rest of the population.”

“The data is clear: what I like to call ‘The Latino Factor’ is propelling America’s New Mainstream Economy forward at incredible speed, and the population growth and productivity of American Latinos shows no signs of slowing,” Trujillo says. “Businesses who recognize and tap into the buying power, innovation, and political and social capital of this rapidly-growing demographic are on track to generate billions of dollars in new revenue every year.”

A full list of presenters, details of the 4-day program, and registration information is available online at www.lattitude.net.