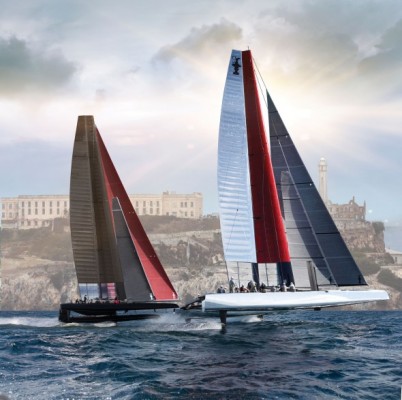 SAN FRANCISCO–An opening ceremony on July 4 will mark the debut of the America’s Cup Park and the start of the Summer of Racing in San Francisco. Tickets for the 2013 America’s Cup Opening Ceremony are on sale now with proceeds to benefit the America’s Cup Healthy Ocean Project.

Opening day on July 4 is the day the America’s Cup Park at Piers 27/29 along the Embarcadero opens its doors to the public. Entrance to the Park is free, where a range of family activities is available, including interactive exhibits featuring the science and history of the America’s Cup; the Flying on Water cinema where theater-goers experience the sensation of racing on a spectacular AC72 catamaran; and a Kids Area featuring sail hoists and other hands-on activities.

The opening ceremony at the America’s Cup Pavilion is a celebration of international culture. Up to 300 members of the four competing teams will take to the stage, along with entertainment from the competing nations of Italy (Luna Rossa Challenge), Emirates Team New Zealand, Sweden (Artemis Racing) and Oracle Team USA.  Each team and nation will share unique cultural programming.

A wide selection of food and beverage and event and team merchandise is available in the America’s Cup Park, which also provides a public waterfront promenade around the perimeter of Piers 27/29.