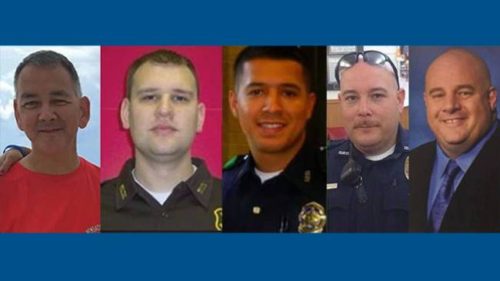 WASHINGTON – If there ever was a time for Americans of good will who believe in non-violence and equal rights under the law to break the silence over racial disparity and police brutality, that time is now.

With the recent sickening and devastating events of the past week beginning with the police shootings of African-American men in Louisiana and Minnesota were followed by calls from African-American militant groups and others to seek vengeance against officers. Almost immediately, several officers were attacked, including the five slain by a sniper in Dallas, which resulted in the most law enforcement officers killed in one day since September 11, 2001.  How did we get to this point?

In America life there is today a real crisis in race relations. Yes, we are nowhere near the level of tensions as existed during the 1960s and we have made significant progress. Some would point to the election of Barack Obama as proof that we have advanced to a post-racial society. How false is that narrative? Let’s look at the facts.

In a recent Washington Post interview, Ryan Lenz, online editor and senior writer at the Southern Poverty Law Center, said the number of African-American separatist groups nearly doubled in 2015, mirroring a similar increase among white hate groups that has taken place as police killings make frequent headlines. Still, many people who become radicalized do so without direct ties to any groups. Instead, they surf the web and grow their anger in private, Lenz said.

“In the last couple of years, we’ve seen this violence become an ever-present reality in our lives,” Lenz said. “We are in a polarized political climate right now where the ‘us-versus-them’ mentality has started to reign supreme.”  In addition, white supremacist groups have made a resurgence in the years since President Barack Obama was elected as the first African-American president.

A number of prominent civil rights activists have said the unrest continues because there has been no serious dialogue about issues of race and policing. Now, does this sound like we are living a in a post-racial environment?

The current crisis in race relations has been precipitated, on the other hand by the radical changes in the American political and demographics over the past 30 years. According to a March 2016 Pew Research Study: “Americans are more racially and ethnically diverse than in the past, and the U.S. is projected to be even more diverse in the coming decades. By 2055, the U.S. will not have a single racial or ethnic majority. Much of this change has been (and will be) driven by immigration.” The study went on to reveal that “Millennials, young adults born after 1980, are the new generation to watch. They have likely surpassed Baby Boomers (born 1946-1964) as the largest U.S. generation and differ significantly from their elders in many ways. They are the most racially diverse generation in American history: 43% of Millennial adults are non-white, the highest share of any generation.”

Almost eight years after Barack Obama’s election as the nation’s first African-American president –an event that engendered a sense of optimism among many Americans about the future of race relations, a series of flashpoints around the U.S. has exposed deep racial divides and reignited a national conversation about race. A new June 2016 Pew Research Center survey finds profound differences between African-American and white adults in their views on racial discrimination, barriers to African-American progress and the prospects for change. 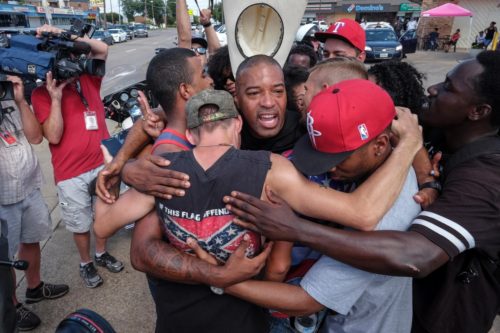 When you have large disparities such as the statistical polling listed, where do we go from here?

Where Do We Go From Here?

First, and foremost, we must shake off the centuries of self-denial we have been led to believe regarding the complicated subject of “race.” The great majority of white Americans are in denial about their deeply imbedded held beliefs about their Anglo Saxon/so-called Christian inheritance claim to this land and the benefits they derived from American governing institutions.

It’s ironic that after 150 years since the end of the Civil War, we are still haunted by the political, religious, human, psychological, and economic toll the bloodiest war in our nation still has on us. It must be noted that the Confederate States of America would not have been possible, and Jefferson Davis would not have been elected its first and only president, if it had not been for the financial and moral support of the southern churches, synagogues, and prominent land owners of the south. A large segment of the white population still hold these allegiances and belief to that old system.

Secondly, African-Americans must take a deep and serious look at themselves and their social interactions with each other and call out those within their communities who are exploiting and terrorizing their neighborhoods. In order for this to be accomplished, the law enforcement/judicial communities and its systems has to undergo a dramatic reformation process.

Law-abiding residents of crime-infested neighborhoods are desperate for police protection. They, after all, are the ones most likely to fall victim to muggers or drive-by shooters. But they also want the police use of force kept in check, especially in poor neighborhoods where everyone is apt to be treated like a suspect. Even though many police departments have abandoned the official use of so-called drug-dealer profiles, officers may continue to carry racial stereotypes in their heads. To them, virtually any young African-American male with a gold chain is a potential drug courier. Any well-dressed African-American man in an expensive car might be a big-time dealer.

Thirdly, advocates for a just and equal judicial system has always been a struggle. Since the struggle will continue, how will the struggle against the forces of injustices be waged? One point is clear – we must never resort to all too pervasive method of physical violence and corroding hatred. Violence never solves any social problems – whether it’s being waged by hate groups or the few rouge police officers who are giving the 99% of the good cops a bad rap.

Dr. Martin Luther King, Jr. eloquently stated in 1958 that “If the victims of oppression succumb to the temptation of using violence in the struggle for justice, unborn generations will be their chief legacy to the future will be an endless reign of meaningless chaos.”

The late Rabbi Abraham Joshua Heschel was one of the 20th Century’s greatest human rights advocate, and was a close friend and confidante of Dr. Martin Luther King, Jr. Rabbi Heschel held an important role in the 1963 National Conference of Religion and Race in Chicago. The convocation sparked the participation of clergymen in the great march on Washington later that year. Rabbi Heschel delivered the main address: “One hundred years ago emancipation was proclaimed. It is time for the white man to strive for self-emancipation and set himself free from bigotry. “The greatest sin he declared, is that of indifference: “Equality is a good thing…what is lacking is a sense of the monstrosity of inequality.”

Just as Dr. King and Rabbi Heschel formed a coalition of religious leaders of the 1960s to confront racism in the churches and synagogues, we need a modern day Conference on Racial Reconciliation to be held over a series of days in major cities across this country. Possible organizers should be prominent tele-evangelists and human rights advocates such as Rick Warren, Dr. James J. Zogby, Joel Osteen, T.D. Jakes, Fred Price, Dr. Robert Jeffress, Franklin Graham, Kenneth Copeland, Rabbi Michael Lerner, Dr. Cornel West, Joyce Meyer, and Dr. Charles Stanley to name a few.

Where is that kind of fervor today among the people of faith in the face of the challenges when you have a bigot who went into a house of worship and shot up people having a bible study, and mentally disturbed people shooting cops and innocent people? Do we have any men and women of faith in southern white churches in the south and the nation’s rural areas who are willing to stand up against the evils of racism and the non-Christian symbols and messages politicians are engaged in to divide us?

Our hard challenge and opportunity are to bear witness to the spirit of God and reclaim from the hypocrites who sit in these religious houses, and fashion a truly Christian world where all religions are respected; and where we place no preference for one religion in particular. If we can find such men and women and we ourselves accept the challenge with devotion and valor, then the bell of history will toll for racial inferiority and its systems of racism – and we will make this country fulfill the Hebrew prophet, Amos, prophetic reading come to pass: “Let judgement roll down as waters, and righteousness as a mighty stream.”