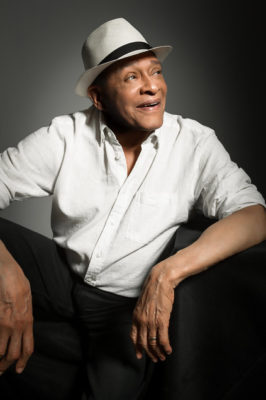 Al Jarreau was the only vocalist in history to claim GRAMMY Awards in the three distinct genres of jazz, pop and R&B.
(Photo courtesy of Concord Records)

LOS ANGELES – Just 30 days away from what would have been his 77th birthday on March 12, and on the day of the telecast of the 59th Annual Grammy Awards in Los Angeles, Concord Records label artist Al Jarreau, a talented vocalist, multi-dimensional, and versatile artist who sold millions of records and won a progression of GRAMMYs for his work in pop and R&B as well as jazz, died on Sunday, February 12 in Los Angeles. He was 76.

Jarreau’s manager, Joe Gordon, stated what has already been reported for the past week that Jarreau had been recently hospitalized for exhaustion. On the advice of his doctors, he had canceled his tour dates and retired from touring.

Alwin Lopez Jarreau was born in Milwaukee, WI on March 12, 1940, and has been so successful from the standpoint of commercial success and achieved fame that it seems odd to say that he could have accomplished much more in his career. But if he had not made a conscious effort starting in the mid-1970s to steer away from jazz and toward pop/R&B, he could have been the leading jazz singer of the past 40 years.

Jarreau began singing when he was four and performed locally in Milwaukee on several occasions while growing up. While attending Ripton College, where he earned a Bachelor of Science degree in Psychology, Jarreau sang for the fun of it with a group called the “Indigos.” He earned a Master’s degree in Vocational Rehabilitation at the University of Iowa and moved to San Francisco to work in rehabilitation counseling.

However, he was soon drawn to music. In 1965 Jarreau recorded his first album, a straight ahead jazz set cut in Illinois that finds him at the age of 25 sounding quite recognizable both in his tone and in his style, swinging with such numbers as “My Favorite Things,” “A Sleepin Bee” and “The Masquerade Is Over.” The small label release is still one of the finest jazz sets, preceding his second recording by a decade or more.

In San Francisco, Jarreau worked in small clubs, often with the George Duke Trio. He also spent time singing with Reprise in 1975. At the time, he displayed the ability to imitate instruments with remarkable expertise (even a conga), sounding to an extent like Bobby McFerrin a decade before McFerrin fully emerged. Jarreau’s two-LP set “Look To The Rainbow” hinted at enormous potentials in the jazz world that he never realized or probably ever wanted. Instead, Jarreau tailored his albums so that they would hint at jazz, sometimes including one out-and bland combination of light R&B and pop. Jarreau’s flexible voice and winning personality, along with his unstoppable musicality, resulted in becoming world famous within a short period of time. He rarely looked back since, winning awards in the pop music world, filling stadiums and selling millions of CDs.

Along the way, Jarreau did record memorable versions of “Blue Rondo A La Turk,” “Take Five,” “Since I Fell For You,” Chick Corea’s “Spain” and occasionally some other jazz songs. He starred and headlined in countless music festivals the world over, but inevitably, despite a few nostalgic moments that looked back at his roots in jazz, he has struck to the music that had made him famous. In 1981 he had his biggest hit with the song “We’re in This Love Together,” which reached No. 15 on the Billboard pop singles chart.

Both professionally and artistically, Jarreau was at his zenith in the 1970s through the 1990s. When his health started deteriorating in 2009, there was a noticeable and defining difference in his singing and delivery. I was fortunate to interview Jarreau at the March 5, 2007 Living Jazz Legends Gala, held at Washington DC’s The John F. Kennedy Center for the Performing Arts, and asked him about his reaction to critics who said he was “vastly overrated,” and that he was “too specialized a talent to catch on like Mel Torme.” 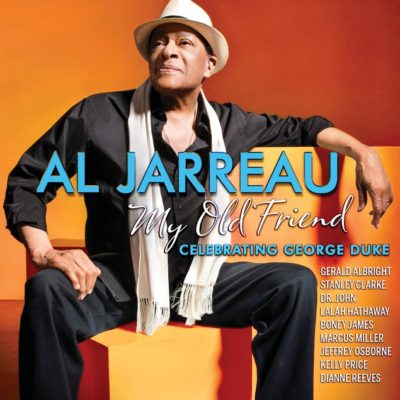 “I never really paid that much attention to negative reviews because I know the kind of artist I am – and dwelling on negativity was never my gig,” Jarreau stated. “I am a singer. I sing jazz. I am a jazz singer who just so happens to know how to sing other musical idioms as well,” he stated.

Al Jarreau was one of my top 10 all-time great male vocalists. I dug the way he was a master musician/artist and pantomime artist. His mastery of his craft influenced and gained the respect of hundreds of musicians and artists in the entertainment industry from the likes of Quincy Jones, Dee Dee Bridgewater, Sonny Rollins, Dianna Krall, Dianne Reeves, Stevie Wonder, the late Michael Jackson, Chick Corea, Wynton Marsalis, Kurt Elling and many more. Most importantly, Jarreau’s personality was refreshing and always exhume the bubbly expression of joy and inclusiveness, which exemplified the decent human being he was.

Jarreau had an extraordinary musicality who didn’t just sing notes that were written in the song or lyrics that are written; he was a skilled artist gifted in interpretation, inflection, and sound placing. Jarreau knew and we came to love how he mastered his skills to use his voice as an instrument and used the voice as the instrument it was; and who explored while he was singing the use of his instrument while singing. Undoubtedly, Al Jarreau was one who was fearless in his interpretation of a song.

There will never be anyone of the likes of Al Jarreau whose music that has more hip, harmonically and logically than any artist of his generation. Boy, I bet all the jazz and pop greats are rejoicing together with Jarreau in heaven scatting and improvising right now and loving it!