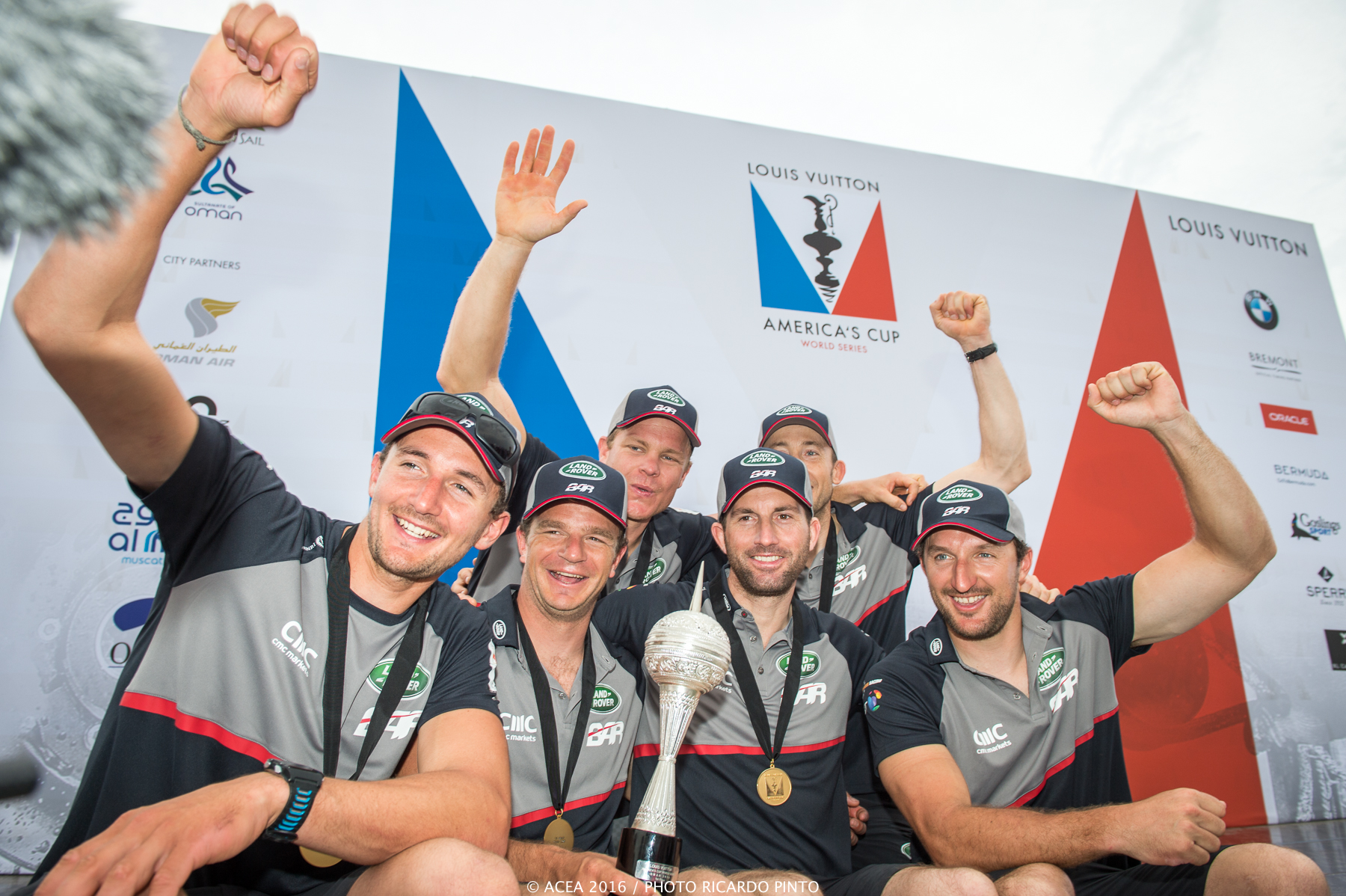 Ben Ainslie, the most decorated Olympic sailor in history, led his Land Rover BAR team to victory at the Louis Vuitton America’s Cup World Series in Oman this weekend.

Ainslie beat his former skipper, Jimmy Spithill and Oracle Team USA, by two points, with the winning margin secured on a late charge in the final race. Ainslie says winning the event in Oman was an important measuring stick for the team, which hadn’t won since securing victory on home waters in Portsmouth last summer.

“We kept fighting through today,” he said. “Compared to the teams with established track records, we need to prove we can compete at the top of the fleet and I think we are getting back to doing that. We have a big team of designers, boat builders and support staff back at home working very hard for us and they want to know that we can win this thing.”

For Oracle Team USA the second place result was a fourth consecutive podium finish in a Louis Vuitton America’s Cup World Series regatta. But for all that, the team has yet to win.

“We’ve made some good steps forward, but we need to get going,” Spithill said after racing. “It’s good to be on the podium. We’re one of only two teams to have been on the podium at each event. But we want to win. There’s no two ways about it.”

“The last race was a little bit disappointing for us,” said skipper Glenn Ashby, referring to a fifth place finish. “But to come away from any event still holding the overall lead is a good thing. At the end of the day that’s what counts.”

A popular result on Sunday came from Groupama Team France, who finished strongly with a second place finish followed by a victory. With Adam Minoprio replacing the injured Franck Cammas on the helm this weekend, the team converted two strong start line performances into top finishes.

“We were pretty stoked on board. You could see the excitement on the guys faces,” Minoprio said. “We didn’t have the strongest start to the regatta but we’re happy to have been improving through the weekend and finishing with a win.”

Both SoftBank Team Japan and Artemis Racing continued to show moments of promised but fell back in the fleet over the course of the day; bad breaks combined with poor decisions or handling errors to put the pair at the bottom of the table.

The Louis Vuitton America’s Cup World Series Oman marked the first America’s Cup sailing in the Middle East and was a milestone event for the host, Oman Sail.

“It was also tremendous to see the integration of our youth sailing programs with AC Endeavour. And I think perhaps most significant for me was how the Omanis on our team led the charge and delivered a fantastic event.

“The feedback from our guests, our partners, and all of the visitors who came to enjoy the Louis Vuitton America’s Cup World Series Oman has been extremely positive. Let’s do it again!”