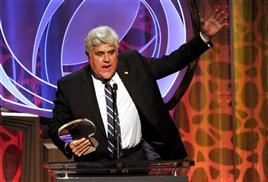 NORTH HOLLYWOOD–(Business Wire)–The Academy of Television Arts & Sciences, renowned for its annual Emmy Awards, Hall of Fame and Academy Honors presentations which honor excellence in television throughout the year, has begun the countdown to its 70th anniversary celebration in 2016 today by announcing its “New Look – New Vision – New Destination” campaign. This overarching campaign includes a complete rebranding of the organization, a significant expansion of the endowment supporting the Academy’s philanthropic efforts, and a massive new construction project for its NoHo Arts District campus in the San Fernando Valley.

The initial step in the reimagining of the organization is the official change of its name to the Television Academy, coordinated with a new logo and brand imagery.

Bruce Rosenblum, Chairman and CEO of the Television Academy, said before sharing details with an audience at tonight’s Television Academy Hall of Fame induction ceremony at the Beverly Wilshire Hotel, “This is the most important and pivotal year in our organization’s history. The Academy is expanding, innovating and evolving alongside the dramatic changes in our industry. The quality of storytelling in television has never been better, and learn more here about the ability of our global audience to experience those stories in personal ways has been permanently enhanced by the creativity of our members and technology advances within our industry.

“The Academy, and our 18,000 members, intend to lead the industry into a new Golden Age that we believe is just beginning and is extremely exciting.”

Aspiring television leaders and professionals will be beneficiaries of this “once-in-a-generation” fundraising effort for the Television Academy Foundation to establish a tuition-based scholarship program and bolster the philanthropic wing’s renowned internship program. For three decades, that “hands on” program has allowed entertainment companies to identify and hire talent and new voices from across the U.S., helping to motivate, inspire and educate the future creative and business leaders of the industry. Such an endowment will also secure the Foundation’s other educational outreach and recognition programs for the future.

The ground-up construction of a new, state-of-the-art multi-purpose theatre and digital production capacity media center will provide a home for the television industry to showcase its works to the Academy’s members, the industry and the general public, while enabling production of digital content featuring television professionals that can be distributed across the country and around the world.

“Anyone, anywhere on earth, interested in a career in television,” Rosenblum said, “can hear from top creative talent in all creative disciplines, just as though they had attended an exclusive Television Academy event here in Hollywood. Moreover, these new production facilities will facilitate the expansion of our Foundation’s Archive of American Television.”

Globally known brand strategy firm Siegel+Gale worked with the Television Academy staff and leadership last year to re-imagine the Academy’s familiar brand and logo. The iconic image of the Emmy statuette has been modified to give the graphic symbol a more contemporary form.

The Television Academy is the only organization that represents all aspects of the creative process of developing and producing television content. Its 18,000 members represent the broadest spectrum of the industry, from writers and directors, to costume design, sound editors and stunt persons.