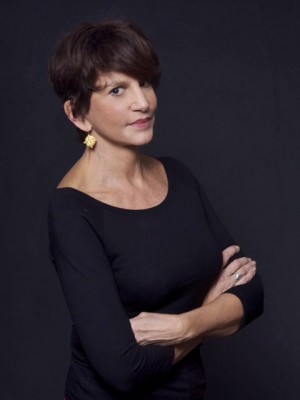 SAN DIEGO–Long before the devil wore Prada—20 years ago, in fact—the story of the irrepressible Diana Vreeland first commanded the stage of the Globe in a world premiere in 1995.

Oscar and Tony Award winner Mercedes Ruehl (The Fisher King, Lost in Yonkers) now brings “The Empress of Fashion” back in Full Gallop. Written by Mark Hampton and Mary Louise Wilson and directed by Andrew Russell, Before Anna Wintour, “Sex and the City,” and a generation of fashionistas, there was Diana Vreeland, larger-than-life doyenne of American taste. Unceremoniously fired as editor of Vogue, she hunkers down in her famous all-red New York apartment and plans her comeback: a magazine of her own. The path to get there is as complicated and outré as Vreeland herself. Full Gallop, which premiered at The Old Globe in 1995, is a witty one-woman tour de force about the fabulous style icon who forever changed the way Americans experience clothing, art, and life.

Mercedes Ruehl (Diana Vreeland) has appeared in the films The Fisher King (Academy Award, Golden Globe Award, Los Angeles and Chicago Film Critics Association Awards), Married to the Mob, The Warriors, Big, Heartburn, Slaves of New York, Another You, Last Action Hero, Lost in Yonkers, What’s Cooking?, The Amati Girls, Roseanna’s Grave, Chu and Blossom, Zeyda and the Hitman, Spooky House, More Dogs Than Bones, and The Minus Man. She has been seen on Broadway in Neil Simon’s Lost in Yonkers (Tony, Drama Desk, Outer Critics Circle, and Helen Hayes Awards), The Goat, or Who Is Sylvia? (Outer Critics Circle Award, Tony nomination), The Rose Tattoo, The Shadow Box (Tony nomination), and I’m Not Rappaport. Her Off Broadway credits include Woman Before a Glass (Obie Award), Other People’s Money (Clarence Derwent Award), The Marriage of Bette and Boo (Obie Award), Coming of Age in Soho, The Vagina Monologues, and Edward Albee’s The Occupant. Ruehl’s television credits include HBO’s Indictment: The McMartin Trial, Gia, Hallmark Hall of Fame’s The Lost Child and Loving Leah, El Jefe, Doubt, Star Spangled Banners, Showtime’s North Shore Fish,Guilt by Association, and A Girl Like Me. She also made guest appearances on “Entourage,” “Law & Order,” “Monday Mornings,” “Luck,” “Psych,” and “Frasier,” among others.

“Full Gallop premiered here in 1995, and it’s a pleasure to have it back,” said Globe Artistic Director Barry Edelstein. “It’s one of many plays and musicals that went onto great success after its Globe debut, and it is ripe for revival and reexamination. The talented director Andrew Russell, making his Globe debut, finds potent new currents of emotion, humanity, and entertainment in this beguiling story of a defining moment in Diana Vreeland’s life. She was grand, her vision capacious, and her impact national, and it takes a very special actor to embody a character as imposing, significant, and extravagant. Mercedes Ruehl is an American treasure, a fearless talent who understands the expressive power of style, and her talents are a precise fit for Vreeland. I’m thrilled to welcome her to the Globe and can’t wait to share her gorgeous work with San Diego audiences.”

Full Gallop will run September 26 through October 25, 2015, with opening night on Thursday, October 1 at 8:00 p.m., in the Sheryl and Harvey White Theatre, part of the Globe’s Conrad Prebys Theatre Center. Single tickets are now on sale.

Full Gallop joins the September 16 world premiere of an exuberant dance-theatre musical, In Your Arms, in kicking off The Old Globe’s 2015-2016 Season, which includes three world premieres, new works, and classics—and of course, Shakespeare and the Mean Old Grinch too! Tickets to the Globe’s 2015-2016 Season are currently available by subscription only and can be purchased online at www.TheOldGlobe.org, by phone at (619) 23-GLOBE [234-5623], or by visiting the box office at 1363 Old Globe Way in Balboa Park.