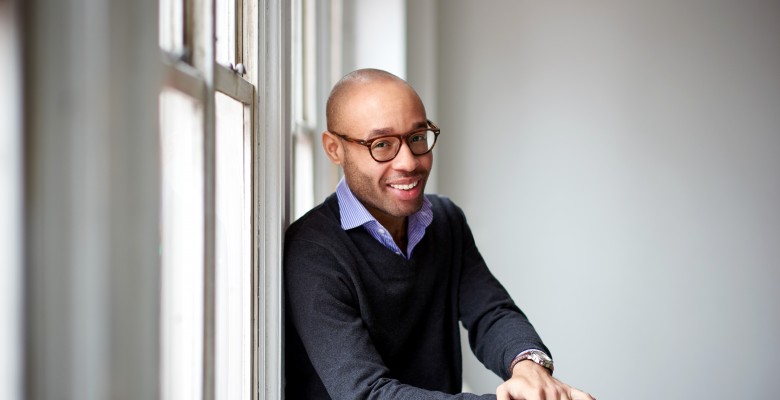 NEW YORK – The great bandleader, composer and pianist, Count Basie, was quoted as saying in his later years, “Jazz is an art of the young, and it is a young art in itself. The progressive force of change will always fall chiefly into the hands of the young in mind and body.” Pianist and composer Aaron Diehl is living proof of Basie’s prophetic statement because he is one of many young jazz artists who have benefited from the works of the Masters of Jazz. In celebration of this legacy, Diehl has produced one of his best works up to this point with the release of his Mack Avenue label Space Time Continuum album, which features legendary and exceptional saxophonists Benny Golson and Joe Temperley.

On Space Time Continuum, an eight-piece program, Diehl assembles a pan-generational ensemble of masters. Joining his core trio of bassist David Wong and drummer Quincy Davis, in different configurations, are the iconic tenor saxophonist-composer Benny Golson and the magisterial baritone saxophonist Joe Temperley, both 85 years young; the 39-year-old underground tenor saxophone giant Stephen Riley; and the rising star trumpeter Bruce Harris, not yet 30. The magnificent singer Charenee Wade adds a third voice to the dialogue on the title track, challenging in its form and harmonic movement, on which Diehl “pieces together isolated sections with drum breaks.” He continues: “I thought it would be fascinating to see how Charenee would interpret a tune by two artists with whom she’s worked and is familiar.” 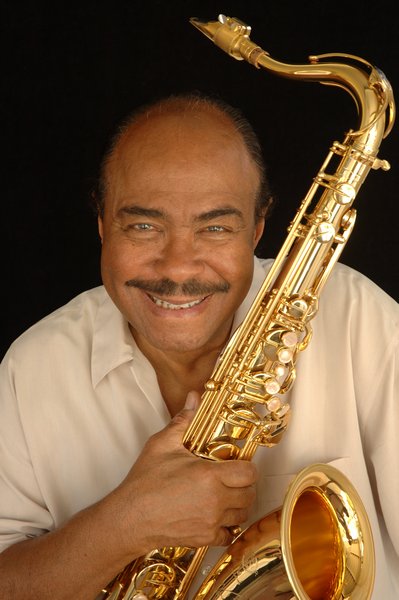 On Space Time Continuum, the 29-year-old Diehl can be deceptively simple by magically running through blues riffs, medium tempos, and employing spare piano injections. And yet with every beat, every dynamic burst, you will know that what you are hearing is incomparable music. Take the opening track Uranus for example, here you have Diehl rapidly executing triplets, punctuations, bass transitions, and boogie-woogie fragments. The trick for Diehl is knowing where to place all these elements and how to make them chime. Diehl and timing are on excellent terms in this piece. He never failed to set the right tempo, then grooved with it like a lover!

Baritone saxophonist and composer Joe Temperley is a living example of Count Basie’s immortal youth of jazz statement. At 85, Temperley is a Scottish saxophonist who has performed on various instruments but is most associated with the baritone saxophone and bass clarinet. In October 1974, Temperley toured and recorded with the Duke Ellington Orchestra as a replacement for Harry Carney. In the Steadfast Titan track, Temperley’s sax playing is magnanimous, imparting a generosity of spirit and discerning wit, qualities that evidence the superb arrangement of materials by Diehl. Those qualities are most evident in Temperley’s authoritive and gracious yet changeable timbre. Diehl allows Temperley to have the individual space by playing the piano less which was smart. The fewer notes Diehl played allowed Temperley to pack more heft into his solo. 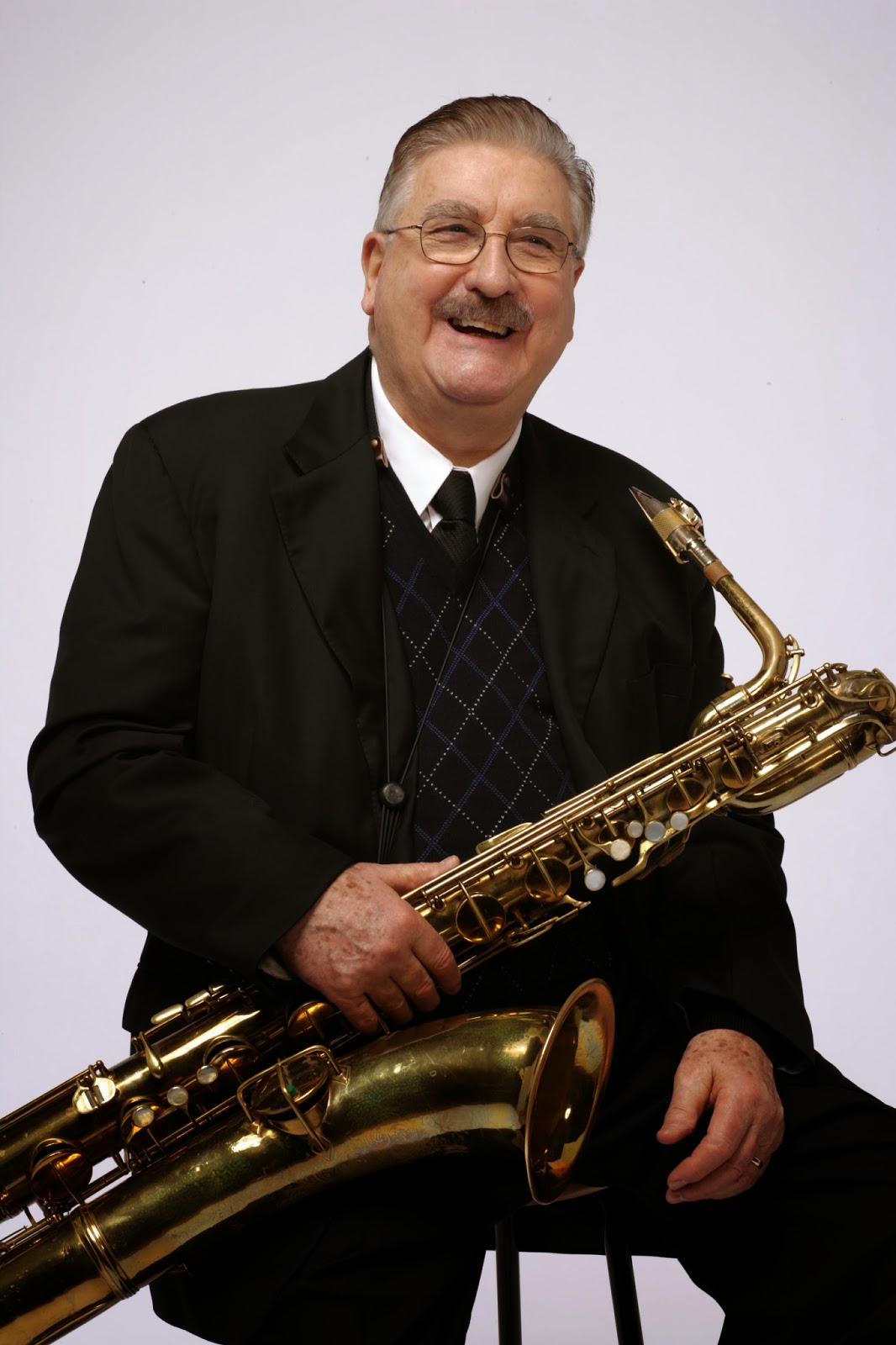 Tenor saxophonist Benny Golson is a 1995 recipient of The NEA Jazz Masters Award of the National Endowment for the Arts. Raised with an impeccable musical pedigree, Golson has played in the bands of world famous Benny Goodman, Dizzy Gillespie, Lionel Hampton, Earl Bostic and Art Blakey. Few jazz musicians can claim to be true innovators and even fewer can boast of a performing and recording career that literally redefines the term “jazz”. Benny Golson has made major contributions to the world of jazz with such jazz standards as: Killer Joe, I Remember Clifford, Along Came Betty, Stablemates, Whisper Not, Blues March, Five Spot After Dark, Are you Real?

Benny Golson is the only living jazz artist to have written eight standards for jazz repertoire. These jazz standards have found their way into countless recordings internationally over the years and are still being recorded. He has recorded over 30 albums for many recording companies in the United States and Europe under his own name and innumerable ones with other major artists. A prodigious writer, Golson has written well over 300 compositions.

Golson’s contribution to Space Time Continuum is priceless. In the two tracks in which he is featured – Organic Consequence and Space, Time, Continuum – he combines Lester Young’s iconic melodies with the progressive harmonies and asymmetrical rhythms of Charlie Parker, and he made the results lucid, persuasive, and mesmerizing!

In the Organic Consequence track we have the classic Golson starting off with a meditative theme statement, then faithfully picks away at the changes until the rhythm section succeeds in pushing farther afield, at which time he lets loose the ripping arpeggios and bellowing tremolos which is one of his trademark patented attacks. Diehl and the rest of the ensemble adds the additional emotional consistency with superb solos by trumpeter Bruce Harris blending beautifully with Golson. Serendipity rules on this particular track.

The key to Space Time Continuum’s success as a contemporary/ modern jazz work is Aaron Diehl’s unruffled blend of European finery with the traditions of jazz, which is consistent with all of Diehl’s artistic endeavors. By incorporating the talents of Golson and Temperley, Diehl was wise to acknowledge that a jazz ensemble’s composer has to produce an integration of ensemble playing which projects and sounds like the spontaneous playing of ideas which are the personal expressions of each member of the band rather than the sole discretion of the arranger or composer.

Space Time Continuum has some of the greatest soloists exchanging and improvising ideas with and counter to the ensemble and the rhythm section; the project as a whole permeated with the European/Folk/Jazz/Blues elements which developed into an exhilarating combination.