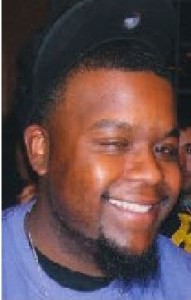 San Diego County Crime Stoppers and the San Diego Police Department’s Homicide Unit continue to look for leads in the unsolved homicide of Brandon Robinson. The Governor’s office announced today an additional reward of $50,000 in an effort to generate new leads in the case.

Investigators said on September 6, 2009, at 8:24 p.m., a citizen reported hearing a gunshot in the area of Jacaranda and Pershing Drives. Subsequent callers reported a male shot in the 2600 block of Jacaranda Drive. Officers and paramedics found Robinson on the ground next to his motorcycle, suffering from a gunshot wound.

Paramedics transported the victim to a trauma center, where he died at 12:41 a.m. The preliminary investigation has revealed that the Brandon was astride his motorcycle, which was parked on the west curb of Jacaranda Drive, when an unknown person shot him.

Anyone with information on the identity and or location of the person/persons responsible for this crime is asked to call SDPD homicide at (619) 531-2293 or the Crime Stoppers anonymous tip line at (888) 580-8477. Anonymous email and text messages can be sent in via www.sdcrimestoppers.com