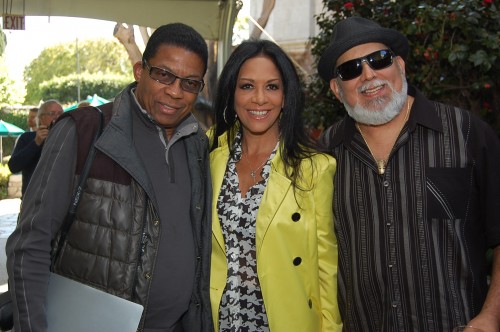 LOS ANGELES – The 35th Annual Playboy Jazz Festival, which opens June 15-16, 2013, at the Hollywood Bowl in Los Angeles, will represent all sorts of big-time entertainment — ethnic music, jazz, R&B, gospel, and blues. Hugh Hefner, executive producer of this year’s festival as well as the past festivals from its inception 35 years ago, has often tried to incorporate new elements; this year’s festival comes closer than most to representing jazz’s current riot of fertility. And the result is shaping up to be one of the most impressive festivals in quite some years.

At a private media event held at the Playboy Mansion on February 26 announcing and showcasing some of the entertainers who will appear at the festival, Hank Fawcett, executive director, Playboy Jazz Festival, and Darlene Chan, producer, Playboy Jazz Festival, have done an admirable job in exposing the Playboy dynasty brand prestige as it rollout the roster of young and seasoned artists to a larger audience and to cash in on some of the festival’s prestige. 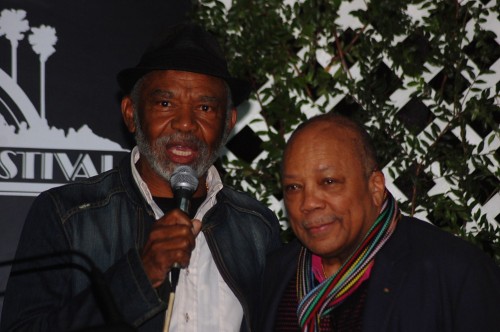 Elew and JazzAntiqua Dance Ensemble, with artistic director Pat Taylor, will join together for an unforgettable world premiere collaboration. The Lausd Beyond the Bell Jazz Band under the direction of Tony White and J.B. Dyas will take us home!

“We have a lot of wonderful musicians who tour a bit in Europe or Japan, but because some of these artists are young, they don’t get much festival exposure in the United States,” Playboy festival host George Lopez said. “So a show like this is good for putting young artists in front of a big audience. I just pray it doesn’t rain.” 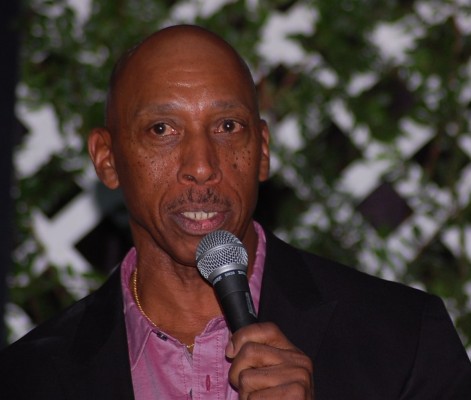 Jeffrey Osbourne is one of many jazz artists selected to perform at the Playboy Jazz Festival this June. Photo: Gina Yarbrough/San Diego County News

For the older artists, the festival is still a way to attract the attention they might not gain by performing alone during the year.

“I’ll be doing my first show at Playboy Jazz Festival,” said R&B veteran performer Jeffrey Osborne. “Jazz has so few places to display its wares, and a place like the Hollywood Bowl, which has featured everyone from Duke Ellington to Ella Fitzgerald, is an important place for me.”

Herbie Hancock, George Duke, and Poncho Sanchez are among the last of a generation of jazz and jazz-related musicians who can fill halls and large venues. Songstress Patti Austin, who rarely performs at the festival, is to be here, as are Phil Woods, Hugh Masekela, Hubert Laws and Sheila E.

“This is a very difficult time in jazz,” said George Wein, producer emeritus of the Playboy Jazz Festival. “There aren’t many jazz headliners, and the crossover artists aren’t so hot, so it’s a real dilemma. When the festival first started in 1978-79, I put together Max Roach, Charles Mingus and Thelonious Monk and sold out the show. Where do you go from there?” 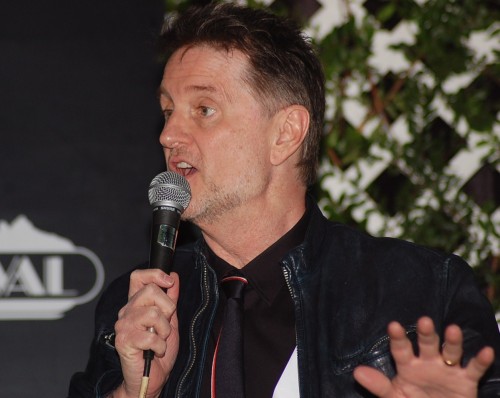 Hefner and Wein are relying on a series of outdoor shows to cultivate some excitement. The Playboy Jazz Festival has been produced for 34 consecutive years by Darlene Chan and George Wein (who also produced the first Newport Jazz Festival in 1954, and the man Newsweek magazine credits as being “the most responsible for turning jazz into a summer staple”), the Festival has featured a stellar roster of jazz legends, among them Grammy Award-winners Herbie Hancock, Count Basie, Dizzy Gillespie, Sarah Vaughan, B.B. King, Miles Davis, Carmen McRae, Chick Corea, Gerry Mulligan, Etta James, Wynton Marsalis, Stevie Ray Vaughan, Tony Bennett, Mel Tormé, Jamie Cullum and George Benson. This year’s event, set for June 15th and 16th, which marks the 35th anniversary of the Playboy Jazz Festival is sure to be just as challenging as well as enjoyable.

“The exposure has its advantages,” said India Arie, the singer. “You’re playing for an institution. And it’s like a commune, with so many musicians getting together under one roof.” 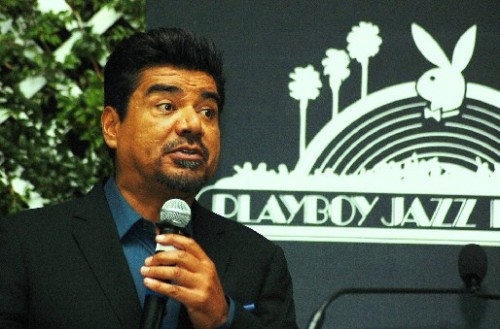 Performing in a concert setting is important for the few young musicians to make it to that level. Grace Kelly, the saxophonist, who is performing with the saxophonist Phil Woods, says she finds that concert audiences are more respectful: they come to listen.

“For a long time I was of the opinion there was nothing better than playing in a club, but I’ve changed my mind,” Kelly said. “Concerts are a great way of reaching people, and it’s a pleasure playing for a large audience. And it’s always a great honor to share the stage with Phil Woods, which isn’t something that happens in a club very often.”

As usual, the festival will feature a few world-music events. Poncho Sanchez, one of the greatest band leaders and percussionists alive, is to be performing with the powerhouse James Carter, in an evening teeming with virtuosity, showmanship and competition.

The festival plans to carry over one of the more exciting events in the festival’s recent history, a battle of the bands, featuring Sanchez’s jazz band playing against hot and beautiful Sheila E! It’s a rare chance to hear two big bands on one stage, and also a chance to hear two of the best big bands working, bands with entirely different sensibilities.

“I’m trying to give people who are rarely heard in institutional settings their chance,” Hank Fawcett said. “This music is broad, with all sorts of nooks and crannies, and I’m digging in them to find out what people are doing. Then I’m putting it onstage for it all to hang out.”

Single day tickets will be available through Ticketmaster, which went on sale February 28th. Patrons can purchase tickets online at www.ticketmaster.com, over the phone by calling (213) 365-3500 or (714) 740-7878, at any Ticketmaster outlet or by downloading a ticket order form available at www.playboyjazzfestival.com. There is also a link to the Ticketmaster website on the Playboy Jazz Festival website. Tickets may also be purchased at the Hollywood Bowl Box Office beginning in early May, exact date to be announced.