SAN DIEGO–A man suspected of the 2007 shooting death of another man at a San Diego donut shop was arrested by San Diego police Tuesday. On Tuesday, 35 year-old Martin Villalpando of San Diego was taken into custody by Customs and Border Protection Agents as he entered the United States at the Otay Mesa Point […]

Miami, FL–A Florida man was charged Monday with attempting to use a weapon of mass destruction against a person or property within the United States, according to Miami federal agents. According to feds, 23 year-old Harlem Suarez, also known as Almlak Benitez, of Key West, is a self-professed ISIL adherent, who attempted to use a backpack bomb. “Stopping […] 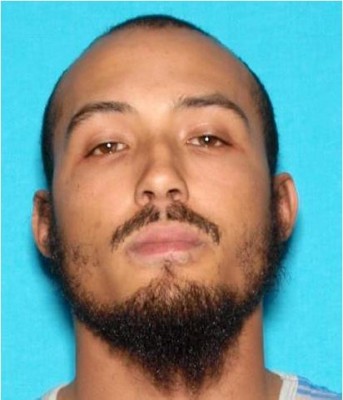 OCEANSIDE–The Oceanside Police Department has requested a CARE Alert be issued in San Diego. The request stems from a domestic violence investigation earlier this afternoon in the 2300 block of Greenbrier Drive. The police department is seeking the safe return of 10 year-old Jamel Oliver and 9 year-old Daijon West Jr. who were last seen Monday […]

SAN DIEGO–The U.S. International Boundary and Water Commission (IBWC) was notified of an ongoing sewage spill Monday and subsequently reported the spill to the County Department of Health. The spill reportedly began before noon on Saturday originating from Mexico and crossing the International Border at Yogurt Canyon, approximately ¼ mile east of the Pacific Ocean, before entering […]

OCEANSIDE–A 25 year-old motorcyclist is in serious condition at a local hospital after he lost control of his motorcycle and struck a sign, an Oceanside police spokesman said Monday. Witnesses who saw the accident stopped to render aide to the rider, identified as Brent Brown. Emergency personnel arrived and began treating the Brown, who was subsequently flown […]

SAN DIEGO–County Assessor/Recorder/Clerk Ernest Dronenburg has advised all property owners whose property was damaged or destroyed during the recent flooding that property tax relief is available. This tax relief program requires the reassessment of the property to reflect its damaged condition. The reduced value will remain in effect until such time as the property is […]