SAN DIEGO–The 2014 San Diego Film Festival will launch on September 24 to 28, with award-winning independent films, filmmakers, actors, panels and parties. The Festival, now in its 13th year and featuring more than 100 film screenings, will be held at the Reading Theater in Downtown San Diegos Gaslamp Quarter, 701 Fifth Avenue, San Diego, […]

OCEANSIDE–A parolee was arrested after Oceanside police discovered firearms in his Oceanside home on Wednesday. Detectives of the Special Enforcement Services (SES) unit and officers from the Oceanside Police Department conducted a parole search of Ernest Napper’s residence in the 3800 block of Sherbourne Drive. SES suspected Napper of being in possession of at least […]

SAN DIEGO–For the third year in a row, the County of San Diego has won the San Diego County Taxpayers Association’s highest award: the Grand Golden Watchdog. The County, the City of San Diego, the U.S Navy and the U.S. Marine Corps were all honored with the award during a ceremony Thursday for their mutual […] 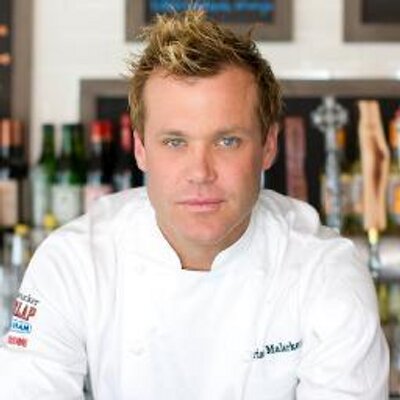 SAN DIEGO–Celebrity chef and national restaurateur Brian Malarkey will be the special guest for Father Joe’s Villages’ Taste of the Village on June 26. Tickets are still available for the evening affair that will highlight the culinary arts and St. Vincent de Paul Village programs that help homeless leave behind a life on the streets. […] 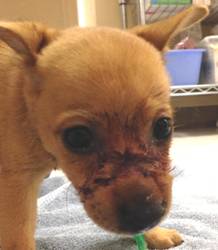 SAN DIEGO–Flynn, a two-month old Chihuahua puppy, was brought to the San Diego Humane Society on June 5 with severe injuries to his mouth which appear to be caused from rubber bands bound tightly around his muzzle that sliced through the puppy’s muzzle down to the bone. This incredibly painful infliction constitutes animal abuse in […]

SAN DIEGO–This week, a High Tech High eleventh grade class began publishing the results from its unique oceanic research project that uncovered water quality issues in San Diego and explored the public’s general knowledge of these issues. With the help of San Diego Coastkeeper, the students researched how different pollutants negatively affect the environment, conducted a survey of […] 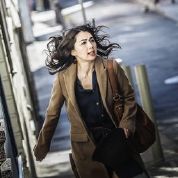 CARLSBAD–Detectives are investigating the cause of death of an unidentified female found in an undeveloped brush area in Carlsbad. On May 12, at 7:29 p.m., Carlsbad police received a call to investigate suspicious circumstances in the 3700 Block of Haymar Drive in Carlsbad. Upon arrival officers located the deceased female. Detectives are following investigative leads […]