WASHINGTON–Secretary of Homeland Security Janet Napolitano,  along with Ray LaHood, Secretary of the United States Department of Transportation, Denis Lebel, Minister of Transport, Infrastructure and Communities, Minister of the Economic Development Agency of Canada for the Regions of Quebec and Minister of Intergovernmental Affairs, and Vic Toews, Minister of Public Safety today released the first-ever […]

(NAPSI)–The best way to protect your family during an emergency situation is to have a disaster plan in place. If you are a pet owner, that plan must include your pets. A little preparation can save their lives. Nonprofit PetSmart Charities, the leader in pet adoptions and largest funder of animal welfare efforts in North America, […]

(NAPSI)–Summer is right around the corner, and for many families, that means it’s the season for pool time fun. Swimming is not only the ideal way to cool off, it’s also great exercise and supports a healthy lifestyle. However, dips in the pool and time in the sun can wreak havoc on your skin and […]

By Gina Yarbrough SAN DIEGO—A 43 year-old male was arrested by San Diego police Tuesday afternoon in connection with a child abuse case, according to a police spokesman. Officers responded to a suspicious person call in a parking lot in the 6000 block of Santo Road in the Tierrasanta. When officers arrived they found Tony […]

SAN DIEGO–The Leukemia and Lymphoma Society, the world’s largest voluntary health agency dedicated to blood cancer, will host its Corporate Breakfast on  June 11 at Petco Park. The complimentary event is an opportunity for businesses to get more information on the annual event and uncover ways their company can get involved and make a difference […]

CARLSBAD–Adults ages 50 and over are invited to a free, first ever public performance of a new musical, written and scored by local playwright Khevin Barnes. Six actors will present “Glorious Losers,” a two-act comedy exploring chronic seriousness in the world and the human compulsion to win at all costs. The stage is set for a […]

BEVERLY HILLS–Film director Brett Ratner gave a $1 million gift to the Academy Museum of Motion Pictures, The Academy of Motion Picture Arts and Sciences said today. “Brett has a sincere love of movies and film history, and we are excited to welcome him to our group of supporters,” said Bill Kramer, the museum’s managing director […] 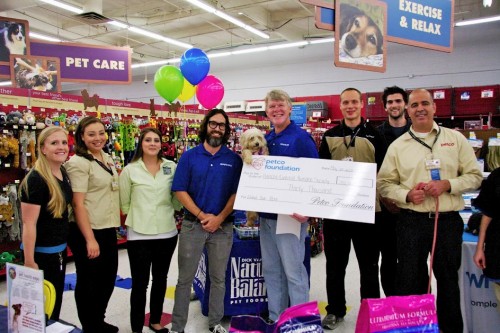 (Newswise)–Using a novel method of analyzing genetic variations in families, researchers at Johns Hopkins have found that individually harmless genetic variations affecting related biochemical processes may team up to increase the risk of schizophrenia. They say their findings, reported May 28 in Translational Psychiatry, bring some clarity to the murky relationship between genetics and schizophrenia, and […]

SAN DIEGO–The Maritime Museum of San Diego will host Once Upon a Star ― the Star of India’s 150th Anniversary Gala Benefiting the San Salvador Project. For the first time, the iconic Star of India will be moored in San Diego Bay, adorned in lights and filled with music. Guests will be ferried out to this historic sailing vessel from the […]