SAN DIEGO–A local man was arrested Thursday by federal officials on child pornography and enticement of a minor charges. Samuel Farinas Fernandez, 32, was arrested at approximately 10:40 a.m., near a hotel in the Mission Valley area. Fernandez was taken into custody by law enforcement officers from the FBI, U.S. Marshals Service, and the San Diego […] 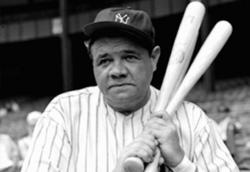 LOS ANGELES–(PRWEB)–Babe Ruth holds steady at #1 on Ranker’s “Greatest Baseball Players of All Time” list, a a crowd-sourced list on the consumer opinions website, Ranker.com. More than 900 people have voted on the list as of March, 2013 and the resounding sentiment is that the all-stars of the present don’t have anything on the […]

WASHINGTON–Jeffrey David Gunselman, 30, was sentenced today by U.S. District Judge Sam Cummings to 188 months in federal prison, fined $175,000 and ordered to pay more than $54.9 million in restitution, following his guilty plea in December 2012 to an indictment charging 51 counts of wire fraud, 24 counts of money laundering and four counts of […]

JULIAN–Two people were arrested following a shooting that wounded a man in Julian, Sheriff’s Deputies say. Deputies were called to the CalFire Station in Julian before 9 a.m. Thursday morning. When they arrived on scene, they found a man who was suffering from a gunshot wound. A driver found the victim in the Banner Grade […]

SAN DIEGO–Bronwyn Ingram, the First Lady of San Diego will host the 10th annual Children’s Easter Egg Hunt at Trolley Barn Park in University Heights. Last year the event drew over 500 children and their families. “We are excited that the First Lady will be with us to celebrate our 10th anniversary,” said City Commissioner […]

SAN DIEGO–The Museum of Contemporary Art San Diego (MCASD) will host its second annual 25 and Under Art Contest, inviting people ages 25 and under to submit their original art for the chance to win $500 in art supplies and have their work displayed at a showcase event at the Museum’s downtown location on May […]

SACRAMENTO – Governor Jerry Brown today revealed the names of several Californians that were recently appointed. Eli Gelardin, 34, of Benicia, has been appointed to the California State Independent Living Council, where he has served since 2010. Gelardin has been executive director at the Marin Center for Independent Living since 2008. Previously, he was deputy […]