HOFFMAN ESTATES, Ill.,–(PRNewswire)–Sears Holdings Corporation will hold their 2012 annual meeting of stockholders at the company’s headquarters in Hoffman Estates, Ill., on May 2. In addition, the company announced that March 8 has been fixed as the record date for determination of the stockholders of the company entitled to notice of and to vote at the […] 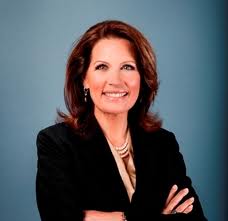 WASHINGTON, D.C.–Former Presidential candidates U.S. Congresswoman Michele Bachmann and Herman Cain will both be featured speakers at The American Conservative Union’s CPAC 2012 – the 39th annual Conservative Political Action Conference. More than 3,000 conservative leaders and activists are expected to attend the conference which will be held February 9 to February 11 in Washington, DC. […]

Arlington, VA (PRWEB)–Right now, across the United States, an estimated 300,000 American service men and women live with invisible wounds of war – known familiarly as post traumatic stress (PTS), depression and traumatic brain injury (TBI). As more troops return home, many more are expected to be diagnosed. At home, these service members and their […]

VISTA–Tri-City Hospital Foundation and NBC’s financial expert and host of Money Matters, George Chamberlin have partnered to host a series of seminars to teach North County seniors how to stay financially and physically healthy. Chamberlin and Tri-City Medical Center physicians will discuss many topics including senior fraud, credit and identity theft, estate planning, healthcare and […]

SAN DIEGO –At the urging of Vice Chairman Greg Cox and Supervisor Dianne Jacob, the San Diego County Board of Supervisors Tuesday adopted a resolution opposing a proposed luxury condominium project that threatens Solar Turbines and its 3,800 jobs in San Diego. The Board voted unanimously to adopt a resolution that would oppose the Fat […]

CAMP PENDLETON–The 2012 edition of the Marine West Exposition will be hosted aboard Camp Pendleton Wednesday and Thursday, February 1 and 2. The expo will provide Marines and other military and civilian defense personnel with opportunities to interface with manufacturers showcasing the best and newest hardware produced for military personnel worldwide. In addition to individual […]

CREST–A Crest resident was arrested over the weekend for severely beating his 4-month-old male Siberian husky, causing such bad injuries the animal had to be euthanized. On Saturday night, Phillip Shawn Rich, 26, brought the puppy, named Knight, to a veterinary hospital, where veterinarians ultimately determined the puppy’s injuries were so grave euthanasia was the […]

NORTH COUNTY–Beginning Jan. 24, and continuing for approximately six weeks, track repairs will cause 10-15 minute delays on SPRINTER trains between College and Oceanside. The construction project, located just west of the Rancho del Oro Station, will permanently repair a retaining wall damaged by floods in December 2010. During construction: ·         Weekdays: ALL passengers must switch […] 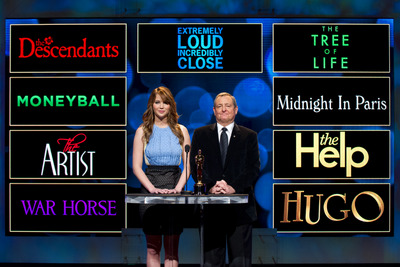 BEVERLY HILLS–Nominations for the 84th Academy Awards were announced Tuesday by Academy of Motion Picture Arts and Sciences President Tom Sherak and 2010 Oscar® nominee Jennifer Lawrence. Sherak and Lawrence, who was nominated for an Academy Award® for her lead performance in “Winter’s Bone,” announced the nominees in 10 of the 24 Award categories at […]