SIMI VALLEY, Calif.–The Ronald Reagan Presidential Foundation, in conjunction with its debate partners NBC News and Politico, announced today that the Reagan Centennial GOP Presidential Primary Candidates Debate will be moved to Sept. 14, 2011. “The Reagan Foundation prides itself on sponsoring world-class debates in which all of the major candidates in contention can make […] 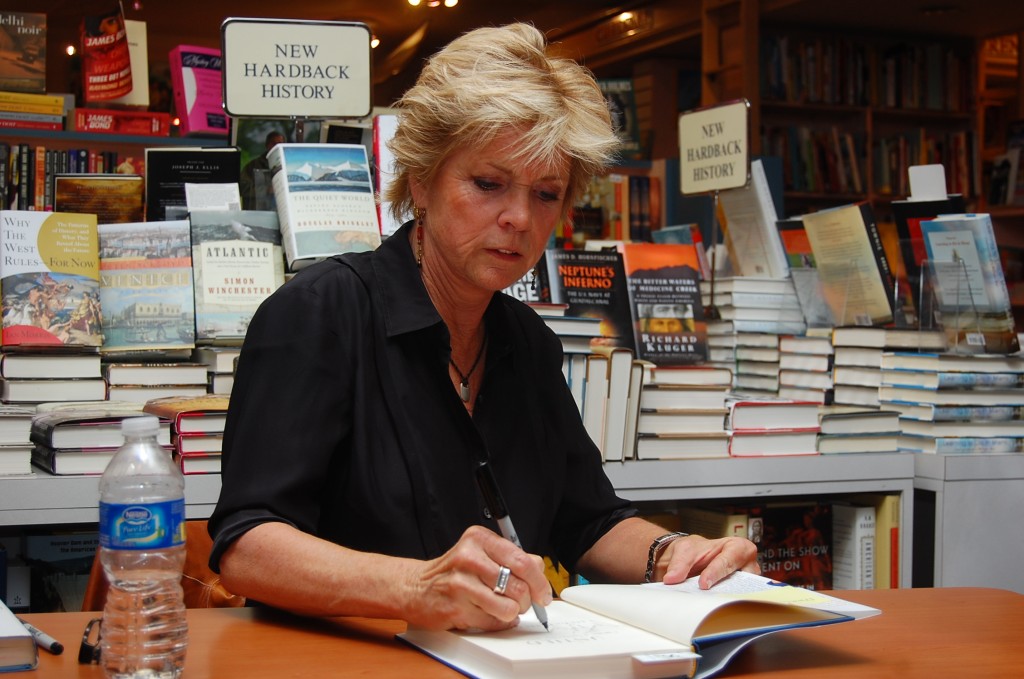 San Diego County News sat down with actress and author Meredith Baxter to talk about her book Untied: A Memoir of Family, Fame, and Floundering and her personal life. Baxter was at Warwick’s Book Store in La Jolla March 24 for a book signing event. Get the Blackberry Torch for $49.99* (was $99.99) at AT&T. […]

U.S. officials say no fly zone in Libya is in large part in tact and that next week’s London meeting could provide an exit strategy for Gaddafi.

SAN DIEGO–SoccerNation.com which provides Southern California’s most in depth coverage of recreational, competitive and professional soccer will soon add Indoor Soccer to their news and informational reporting.   Indoor Soccer is one of the most popular recreational sports in Southern California. The sport, often referred to as arena soccer, is played either indoors or outdoors […]

COLLEGE PARK, Md.–(Newswise)–What happens to radioactive particles and gases released from Japan’s crippled nuclear power plants is even more difficult to predict than the weather, and will depend on several key factors, explain University of Maryland atmospheric scientists. Factors determining the distribution of hazardous material include: • Altitude to which radioactive or toxic materials are […]

OCEANSIDE–Enjoy stories, songs, and crafts the first Monday of every month at the Oceanside Public Library’s new program Family Pajama Storytime. Children are invited to come dressed in pajamas and bring their favorite stuffed animal. The family program is free and for all ages. The event begins at 6:30 p.m. on April 4 at the […]

Westmorland, Calif.–U.S. Border Patrol agents assigned to the Indio Station recently arrested two smugglers with nearly $1 million worth of narcotics. The first incident occurred Tuesday morning at approximately 9 a.m., when agents began interviewing commercial bus passengers at the Highway 86 Checkpoint near Westmorland. During interviews, one of the passengers – a 49-year-old male […]

CARLSBAD–Carlsbad Police received reports Friday evening of a stabbing near the intersection of Harding Street and Carol Place. Officers found one adult male victim with a stab wound. The victim was transported to Palomar Hospital where the victim was pronounced dead. The suspect(s) fled the scene prior to police arrival. No arrests have been made […]

SAN FRANCISCO–The California Public Utilities Commission (CPUC) Thursday approved an Order to Show Cause directing Pacific Gas and Electric Company (PG&E) to appear at a hearing to show why it should not be found in contempt and fined for failing to comply with a CPUC pipeline records search order. The CPUC’s Executive Director, Paul Clanon, […]

SAN DIEGO–After a nationwide search resulting in over 50 applicants, Orchestra Nova San Diego announced the appointment of Beverly Lambert as its CEO. Lambert has had extensive management experience in technology and consulting companies, including 17 years with IBM, two years with DFI International in Washington, D.C. and 10 years as the founder and CEO […]