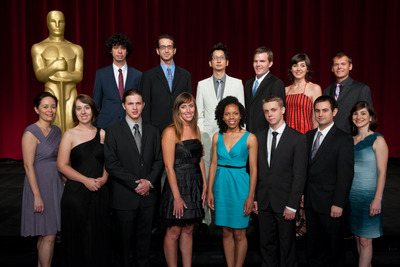 BEVERLY HILLS–Thirteen students from 11 colleges and universities were honored tonight (June 12) as winners in the Academy of Motion Picture Arts and Sciences’ 37th Annual Student Academy Awards® competition. For several days, they had participated in a slate of industry-related activities and social events culminating in the awards ceremony, which featured as presenters Oscar®-nominated actor Jeremy Renner, Oscar-nominated animator Henry Selick and director Penelope Spheeris at the Academy’s Samuel Goldwyn Theater.

* Only two medals were awarded in the Alternative category.

The U.S. students first competed in one of three regional competitions. Each region was permitted to send as many as three finalist films in each of four award categories. Academy members then screened the films and voted to select the winners.

“The Confession,” the Honorary Foreign Film winner, was selected from a pool of 61 entries representing 36 countries.