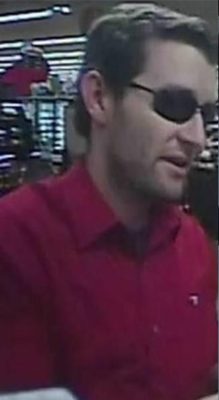 SAN DIEGO–The FBI and local law enforcement agencies are seeking the public’s assistance to identify a local serial bank robber. In support of this effort, a reward up to $20,000 is being offered for information that leads to the arrest and conviction of the robber dubbed the Hipster Bandit.

Some of the banks believed to have been robbed by the Hipster Bandit:

Witnesses have described the Hipster Bandit as a white male with fair skin with freckles, age late 20s to early 30s, and height approximately five feet, three to five, feet five inches tall. His weight is 110 to 140 pounds with a slight thin build. He has brown hair and tattoos located on left upper arm. He has a possible Australian or New Zealand accent. He was seen driving a blue SUV and black motorcycle with black hard case saddlebags.