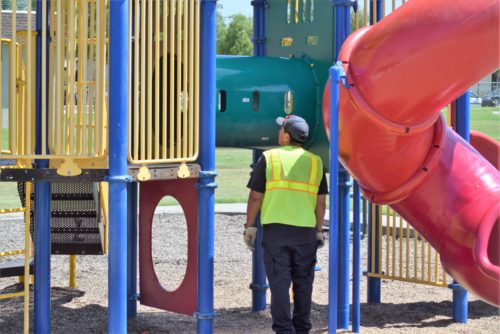 OCEANSIDE–Oceanside police are investigating the death of a 15-year-old female was found shot early Saturday morning at Balderrama Park.

Oceanside police responded to a radio call shortly after 2:30 a.m. of shots fired at the park, located at 709 San Diego Street.

Officers located the juvenile in the playground structure with at least one gunshot wound. Officers attempted lifesaving measures but the victim was pronounced dead on scene.

Authorities say a suspect is not in custody. The preliminary investigation has revealed that witnesses were most likely present during the incident. They believe the victim was targeted, and it was not a random act of violence.

Anyone with any information is encouraged to call the Oceanside Police Department at (760) 435-4911.