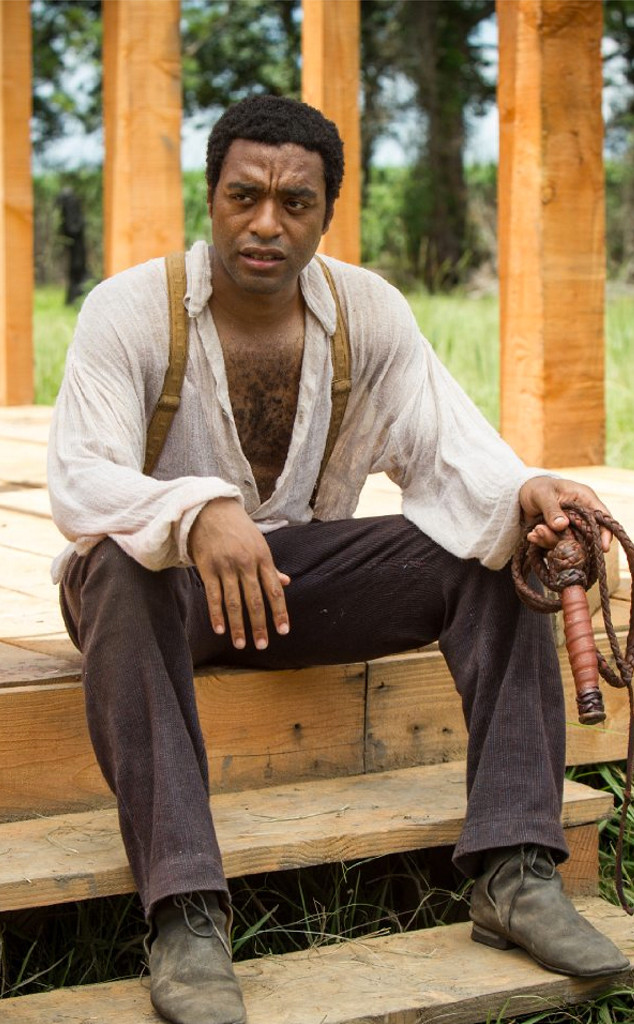 Chiwetel Ejiofor should be given an OSCAR nomination for his riveting portrayal of Solomon Northup. Photo by FOX Searchlight Pictures

LOS ANGELES – Rarely are there motion pictures introduced which accurately depicts the senseless brutality and horrific degradation America’s slaves of African American descent experienced at the hands of their white masters. That is until the release of the movie adaption of the bestselling 1853 Solomon Northrup memoir, 12 Years A Slave was released. The film is directed by Steve McQueen, a Briton with West Indian roots, and written by John Ridley. Chiwetel Ejiofor stars as Solomon Northup. 12 Years a Slave premiered at the Telluride Film Festival on August 30, 2013. The film was given a limited release in the United States on October 18, 2013 and is scheduled to be released in the United Kingdom on January 24, 2014.

Solomon Northup, (born July 1808, Minerva, New York, U.S.—died c. 1863), was an American farmer whose experience of being kidnapped and sold into slavery was the basis for his book Twelve Years A Slave (1853).

Northup was born a free person of color in a small town in rural New York. His father, Mintus, had been born into slavery but was freed following the death of his master. Mintus eventually acquired his own farm and enough land to fulfill the property ownership requirement that African Americans faced in order to vote. Solomon received some education and worked on his family’s farm as a child. He married in 1829 and in 1834 moved with his family to Saratoga Springs, New York, where he worked as a farmer and laborer and established a reputation as a talented fiddler.

In 1841 he was recruited by two men who claimed to be circus performers and offered him money to join their act, traveling south from New York. Upon their arrival in Washington, D.C., Northup was drugged, lost consciousness, and awoke to find himself in shackles in an underground cell. Now under the name of Platt, Northup is transported by ferry and delivered to New Orleans, where he was sold at a slave market. He spends the next 12 years in slavery in Louisiana’s Bayou Boeuf plantation region, owned first by William Ford, played by Benedict Cumberbach, whom he praised for his kindness, but then by the brutal John M. Tibeats and then the even crueler plantation owner Edwin Epps, ruthlessly played by actor Michael Fassbender.

Enduring his new life, Northup stays on good terms with Ford as he assists him by engineering a waterway for transporting materials more swiftly. Northup’s ability to play the violin is also discovered, with Ford providing him with a violin. Because of his success on the plantation, overseer John Tibeats, played by Paul Dano, becomes jealous of Northup leading to many quarrels between the two.

Eventually, Northup is handed over to abusive slave driver Edwin Epps. Northup’s main duties are now picking cotton, which he is expected to collect 200 pounds of each day otherwise savagely beaten. The slave who constantly picks the most cotton is Patsey, played by Lupita Nyong’o, a gentle woman that is the center of Epps’ affection, which comes with a heavy price despite his distressingly wife Mary Epps, played by Sarah Paulson, sheer hatred for Patsey. Patsey was the subject of repeated brutal rapes and beatings by the mentally twisted Master Epps and his jealous and equally cunningly wife.

Several attempts at escape by Solomon throughout his nine years with Epps were unsuccessful. It was not until an abolitionist carpenter from Canada named Samuel Bass, played by Brad Pitt, visited Epps’s farm in 1852 that Northup was able to arrange to have a letter delivered to friends in New York to alert them of his situation and set in motion his rescue.

12 Years A Slave provides a realistic portrayal of what it was like to be a slave in America in the pre-Civil War antebellum south. Before you can understand the emotional and pitiful agony African American slaves endured, you have to understand the economic dynamics which promoted slavery in the first place.

At the end of the 18th century, slavery in the United States was a declining institution. Tobacco planters in Virginia and Maryland had exhausted their soil and were switching to wheat. Wage labor was increasingly replacing slave labor in both the urban and the rural areas of the upper South.

And then came cotton. 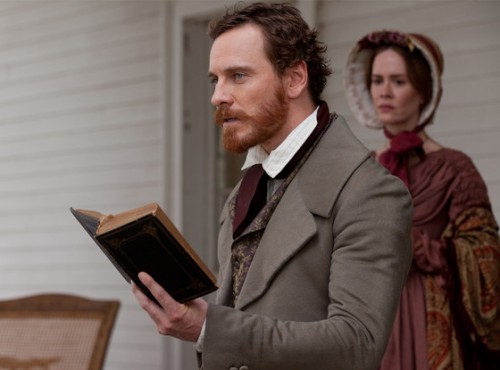 The first part of the story is well known: the invention of the cotton gin in the 1790s and the concomitant rise of industrial capacity in Britain and the urban North made possible the profitable cultivation of cotton in a vast region of the lower South, one that stretched from South Carolina to Louisiana, which came to be called the “Cotton Kingdom.”

As Harvard University historian Walter Johnson so well researched between 1803 and 1838, the United States, most famously personified by Andrew Jackson, fought a multi-front war in the Deep South. In those years, the United States suppressed slave revolts and pacified whites still loyal to the European powers that had once controlled the region. These wars culminated in the ethnic cleansing of the Deep South. By the end of the 1830s, the Seminole, the Creek, the Chickasaw, the Choctaw and the Cherokee had all been “removed” to lands west of the Mississippi. Their expropriated land provided the foundation of the leading sector of the global economy in the first half of the 19th century.

Johnson also documented the fact that in the1830s, hundreds of millions of acres of conquered land were surveyed and put up for sale by the United States. This vast privatization of the public domain touched off one of the greatest economic booms in the history of the world up to that time. Investment capital from Britain, the Continent and the Northern states poured into the land market. “Under this stimulating process, prices rose like smoke,” the journalist Joseph Baldwin wrote in his memoir, “The Flush Times of Alabama and Mississippi.”

Without slavery, however, the survey maps of the General Land Office would have remained a sort of science-fiction plan for a society that could never happen. Between 1820 and 1860 more than a million enslaved people were transported from the upper to the lower South, the vast majority by the venture-capitalist slave traders the slaves called “soul drivers.” The first wave cleared the region for cultivation. “Forests were literally dragged out by the roots,” the former slave John Parker remembered in “His Promised Land.” Those who followed planted the fields in cotton, which they then protected, picked, packed and shipped — from “sunup to sundown” every day for the rest of their lives.

Eighty-five percent of the cotton Southern slaves picked were shipped to Britain. The mills that have come to symbolize the Industrial Revolution and the slave-tilled fields of the South were mutually dependent. Every year, British merchant banks advanced millions of pounds to American planters in anticipation of the sale of the cotton crop. Planters then traded credit in pounds for the goods they needed to get through the year, many of them produced in the North. “From the rattle with which the nurse tickles the ear of the child born in the South, to the shroud that covers the cold form of the dead, everything comes to us from the North,” said one Southerner.

When the cotton crop came in short and sales failed to meet advanced payments, planters found themselves indebted to merchants and bankers. Slaves were sold to make up the difference. The film shows Solomon being sold well over three times in order to satisfy a debt his master at the time owed to banks. The mobility and salability of slaves meant they functioned as the primary form of collateral in the credit-and-cotton economy of the 19th century.

It is not simply that the labor of enslaved people underwrote 19th-century capitalism. Enslaved people were the capital: four million people worth at least $3 billion in 1860, which was more than all the capital invested in railroads and factories in the United States combined. Seen in this light, the conventional distinction between slavery and capitalism fades into meaninglessness.

The Psychological, Mental, and Emotional Trauma of Being a Slave

12 Years A Slave does not get into the economic realities as cited, but all the slaves particularly the field slaves who picked the cotton, felt the whips and lashes of punishment if they did not meet their daily quota set by their masters. The film shows one emotionally wrenching scene in which Patsey was whipped mercilessly by Master Epps. The whippings were always mandatory viewing by all the slaves to reinforce fear of the master and ensure unfettered obedience. After Patsey miraculously endured the lashing from the bull whip, her weak and limp body was carried into the slave shed where her fellow slaves tried to comfort her and nurse the deep and visible bloody and thick welts displayed on her back and buttocks.

12 Years A Slave accurately shows that the majority of slaves lived on cotton plantations, where they often worked under the supervision of black drivers and white overseers from dawn to dusk, and sometimes longer. Some slaves on rice plantations worked under a task system where if they finished a certain amount of work at the end of the day, they were free to tend their own gardens. Slaves did skilled and unskilled work: the heavy physical labor of clearing the land and tending the crops as well as building houses and iron smith. Household slaves cooked, cleaned, and nursed the master’s children.

Unsanitary living conditions and inadequate nutrition led to illness, which was compounded by hard labor. In the swampy, coastal rice regions of South Carolina and Georgia, the prevalence of malaria led to high rates of child mortality. Slave women had to endure sexual exploitation, often bearing the children of their masters and overseers. Slaves were disciplined by whipping, imprisonment, torture, and mutilation — sometimes leading to death — and being sold off. Under the southern Slave Codes, they were considered property and could not testify against a white person in court. Families could at any time be separated; children could be sold away.

Despite the terrible difficulties of living under slavery, and perhaps because of them, slaves formed strong communities within the plantation’s boundaries. Isolated from the larger world, these communities of families supported each other, maintaining many African cultural practices, including music, dance and rituals. Many practiced Christianity with strong African influences. Nonetheless, they knew that at any time their family and community could be disrupted, which is why millions suffered and died from mental illness and suicide and millions survived.

The cruel irony of religion in the south as demonstrated in the movie, plantation owners used religion to reinforce the inhumane and barbaric practice of slavery to keep their slaves in submission.

The relationship between masters and slaves was complex. Many slave owners justified their exploitation of slaves by assuming that they were unintelligent and incapable of deep feeling, or by proclaiming that they were like members of the family, fed, clothed, and sheltered. The institution of slavery had negative effects on slave owners, as well as on slaves. In reality, it was the slave owners who refused to accept the notion that slaves could have feelings and intellect comparable to whites. The film clearly shows the mentally and deranged Master Epps as inhuman, uncivilized and unintelligent.

In essence, 12 Years A Slave provides the world the opportunity to visualize through the eyes of Solomon Northrup and the movie’s producers what it was like to be a slave in a nation that professed to be a model Christian nation for the world to emulate. You be the judge after viewing the film.